Sharing Is Caring; Kindly Help Us In Sharing Our Post Links With Your Friends & Family Out There #Letmakeanimpact 👇

Many people believe that long-distance relationships are never going to work out. Your family may discourage it, and some of your best friends may advise you not to take it too seriously, in case you get your heartbroken.

Nobody says it is going to be easy — the extra distance makes many things unachievable. Things could get complicated, and you could get sad and lonely at times.

1. YOU ALWAYS NEED SOMETHING TO LOOK FORWARD TO TOGETHER

One of the things that kill long-distance relationships is the constant underlying uncertainty of everything. Those questions up top can dominate one’s thinking. Uncertainty will make you think, “Is this all worth it?” “Does she still feel the same way about me as she did before?” “Is he secretly meeting other girls without me knowing?” “Am I kidding myself with all of this? Maybe we’re horrible for each other and I don’t know it.”

The longer you are apart, the more these uncertainties can grow into legitimate existential crises.

That’s why when making any long-distance relationship work, it’s crucial to always have some date that you are both looking forward to. Usually, this will be the next time you are both able to see each other. But it can also be other major life moments— applying for jobs in the other person’s city, looking at apartments where you could both be happy, a vacation together, perhaps. 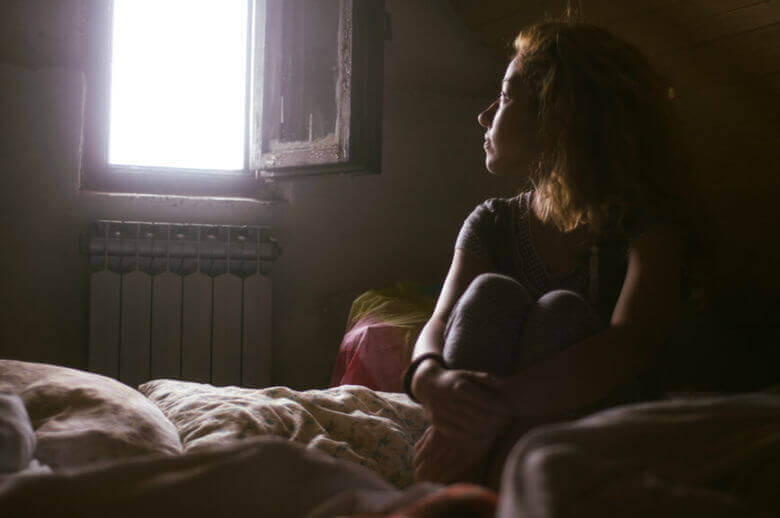 The minute you stop having some milestone to look forward to, the harder it will be to maintain the same enthusiasm for, and optimism in, each other. One thing that is true about all relationships is that if they’re not growing, then they’re dying. And growth is even more crucial in a long-distance relationship. There must be some goal that you’re reaching for together. You must have some cause that unites you at all times. There has to be a converging trajectory on the horizon. Otherwise, you will inevitably drift apart.

A funny thing happens to humans psychologically when we’re separated from one another: We’re not able to see each other as we truly are.

When we’re apart from one another or have limited exposure to a person or event, we start to make all sorts of assumptions or judgments that are often either exaggerated or else completely wrong.

This can manifest itself in various ways within a long-distance relationship. In some cases, people get insanely jealous or irrationally possessive because they perceive every casual social outing as potentially threatening to a relationship. “Who the fuck is Dan? Tell me who the fuck this Dan guy is, and why is he writing on your Facebook wall — oh, he’s your stepbrother? I didn’t know you had a stepbrother. Why didn’t you tell me you had a stepbrother? Are you hiding something from me? OK, maybe I wasn’t listening when you told me, but I still don’t want you hanging out with Dan, got it?”

In other cases, people become overly critical and neurotic to the point where every small thing that goes wrong is a potential end to the relationship. So the power goes out and their partner misses their nightly Skype call–this is it, the relationship’s over, he has finally forgotten about me.

Or, some go the opposite direction and start idealizing their partner as being perfect. After all, if your partner isn’t in front of you all day every day, it’s easy to forget all of the little obnoxious parts of their personality that actually bother you. It feels good to imagine that there’s this picture-perfect person for you out there — “the one” — and it’s only these damn logistical circumstances that are keeping you apart.

All of these irrational fantasies are unhelpful. “Absence makes the heart grow fonder”–well, I’d edit that to say, “absence makes the heart fucking psychotic.” Be wary. When stuck in a long-distance scenario, it’s important to maintain some skepticism of your own feelings. Remind yourself that you really don’t know what’s going on and the best thing you can do at any moment is to simply talk to your partner about what they’re feeling and about what you’re feeling.

A lot of long-distance couples create rules that they should have X number of calls or that they need to talk every night at a certain time. You can easily find articles online recommending this sort of behavior.

This approach may work for some people, but I’ve always found that communication should happen organically. You should talk to each other when you want to, not because you have to. And if that means going a couple of days without communicating, then so be it. People get busy, after all; and periodically having a few days to yourself is actually pretty healthy.

When you force communication, two things can happen: The first is that when you inevitably hit days that you don’t have much to talk about (or don’t feel like talking), you’ll half-ass your relationship and spend time with your partner not because you want to but because you feel obligated. Welcome to every shitty marriage ever.

This uninspired, filler-filled kind of communication often creates more problems than it solves. If your partner seems more interested in his tax returns than catching up with your day, chances are you should just hang up and try again tomorrow. There is such a thing as overexposure.

The second problem that can come from forcing communication is that one or both people can begin to resent feeling obligated to connect. This resentment then sparks stupid fights which almost always devolve into some form of, “I’m sacrificing more than you are!” “No, I’m sacrificing more than you are!” And playing the I-sacrificed-more-than-you game never solved anything.

The best way to avoid this mistake is to make all communication optional, meaning that both of you can opt-out at any time. The trick is to not take these opt-outs personally when they happen — after all, your partner is not your slave. If they’re having a busy week or need some alone time, that’s totally up to them to decide. BUT, you do need to use your partner’s (and you’re) desire for communication as a barometer for how the relationship is proceeding. If your partner spontaneously feels as though she only wants to talk a few times a week instead of a few times a day, that is both the cause AND the effect of her feeling more distant. That is worth talking about and being honest about.

4. MAKE SURE THE DISTANCE IS TEMPORARY

A long-distance relationship cannot survive without hope. And for there to be hope, there must be some possibility that the two people involved will one day be together and achieve a Happily Ever After (TM).

Without that shared vision of Happily Ever After, everything else will quickly begin to feel meaningless.

Remember, love is not enough. You both need to have life visions that are aligned, shared values, and mutual interests. If she’s taking a 10-year contract working for the Singaporean government, and he’s dogsledding around the polar ice caps, well, then there’s not much hope for that relationship, no matter how much the two people may love each other.

Not only must there be some shared vision of a possible future for you together, but you both must also feel as though you’re working toward that vision. If he’s in Los Angeles and she’s in New York, nothing will kill the relationship faster than one person applying for jobs in London and the other applying in Hong Kong. 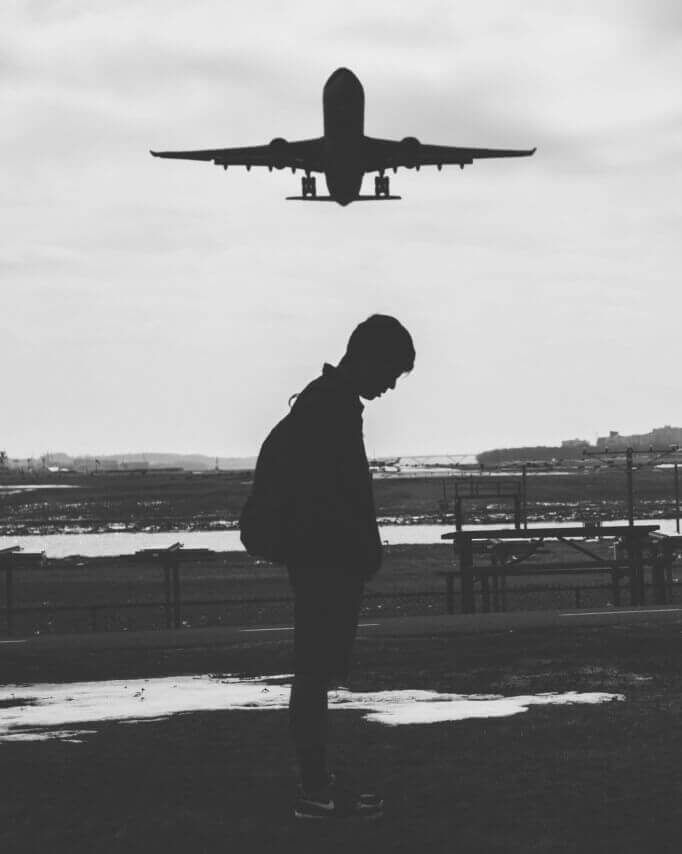 In my second relationship, my girlfriend took a job working in Africa. Meanwhile, I toiled away in the US trying to get my first internet business off the ground. All hope for making it work was killed by circumstance and we soon broke up.

The woman to whom I’m now married is Brazilian. We began dating while I was living in Brazil in 2012. I left after a few months and we kept in touch. Both of us were battle-worn veterans of failed long-distance relationships, and one of our first conversations was that if we didn’t feel that there was a possibility of us living in the same city again within a year, then there was no point in keeping in touch.

This wasn’t an easy conversation to have, but we had it because we both knew it was necessary if we were going to continue. Six months later, I made the commitment to move back down to Brazil and stay there with her until we could figure out a long-term plan.

Long-distance relationships can only work if both partners put their money where their genitals are. OK, that sounded weird . . . but what I mean is that you have to make the logistical, life-rearranging commitment to one another for it to have any chance of working. Paradoxically, you end up with this weird dynamic where the long-distance relationship forces you to make much more significant commitments to a person to whom you’ve had far less exposure than in a regular relationship. It’s like buying a car when you’ve only seen a picture of it.

Is it worth it? This is the question I get most often from readers. On one level, yes, it’s always worth it. Because even if the relationship goes down like a Malaysian Airlines flight, you will have learned a lot about yourself, about intimacy, and about commitment.

On another level, it’s hard to tell. Because when you’re stuck in a long-distance relationship, you don’t really know what it’s like to date the other person–instead, you only have this halfway, vague idea. Sure, you know something about their personality and their attractive qualities, but you don’t know the full reality. You don’t know each other’s ticks; how she avoids eye contact when she’s sad; the way he leaves a mess in the bathroom and then denies making it; how she’s always late for important events; the way he makes excuses for his mother’s unacceptable behavior; her tendency to talk through movies; his tendency to get easily offended at comments about his appearance.

You don’t get a sense of the actual relationship until you’re in it, in person, and in each other’s faces non-stop, whether you want to be or not. This is where true intimacy exists–right there in the constricted personal space between two people who have spent way, way, way too much time around each other. This intimacy is sometimes not passionate; it’s sometimes obnoxious; it’s sometimes unpleasant. But it’s capital-R Real. And it’s that real intimacy which will determine if a relationship will last or not.

Distance prevents this constricted intimacy from ever forming in a meaningful way. When two people are apart, it’s too easy to idealize and romanticize each other. It’s too easy to overlook the mundane, yet important differences. It’s too easy to get caught up in the drama of our minds instead of the calm and boring truths of our hearts.

Can it work? Yes, it can. Does it work? Usually, no. But then again, that’s true for the vast majority of relationships.5 And it doesn’t mean we shouldn’t ever at least try.

Sharing Is Caring; Kindly Help Us In Sharing Our Post Links With Your Friends & Family Out There #Letmakeanimpact 👇